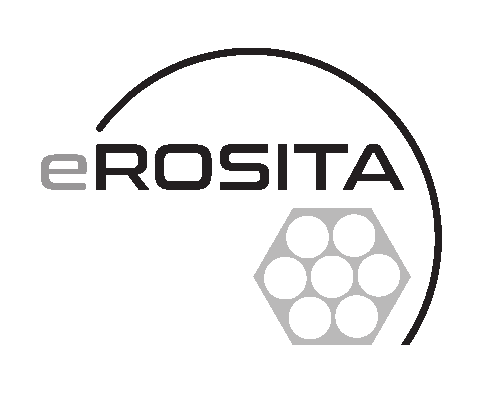 Announced at the European Astronomical Society 2021 annual meeting, the German eROSITA collaboration released its first set of data taken with the eROSITA X-ray telescope onboard the SRG observatory. The early data release was accompanied by the publication of 35 e-ROSITA science papers in the arXiv public repository.

Blessing, who started her PhD in November 2020, as part of the eROSITA paper shift co-authored her first two papers: Identification and characterization of the counterparts to the point-like sources by contributing to the validation of counterpart identification and photometric redshift and The first archetypal Quasar in the feedback phase discovered by eROSITA by contributing to the selection diagnostics, checking, and producing the figures for comparison with the literature and writing.

Supervised by Marcella Brusa, for her PhD Blessing will be leading a project on “Powerful AGN in the feedback phase in the first eROSITA all sky survey”. During this project, the same approach applied in https://arxiv.org/abs/2106.14525 will be extended to the soft (0.2-2.3 keV) eFEDs sample (>20.000 AGN) testing the efficiency of different selection methods that have been proposed in the literature to isolate AGN in the feedback phase.  The final goal of the project is to apply these and novel selection diagnostics to the all-sky survey such as eRASS:1, also utilizing machine learning methods of analysis, with the aim of determining the incidence and energetics of AGN in feedback phase.

This project has received funding from the European Union’s Horizon 2020 research and innovation programme under the Marie Skłodowska-Curie grant agreement No 860744.